Isabelle is a San Francisco based actress. Recent work includes a supporting role in Transformer’s newest film “Bumblebee” directed by Travis Knight and starring Hailee Steinfeld. Isabelle is a proud graduate of the University of North Carolina School of the Arts.

Andrew is completing his senior year at Mt. Tamalpais High School in Mill Valley, California, and has acted in four of its Conservatory Theatre Ensemble (CTE) in one-act plays (Achilles in Sparta, six short plays, TV, Burnt Orange and Shaggy), and in Sense and Sensibility, Oliver Twist, and Buttercup. CTE production credits include being technical director for Hamlet and stage manager for Mid-Summer Night’s Dream and the 2019 spring One-Act Festival. Andrew authored the one-act play, “The Death of a Princess,” about Princess Diana, and a movement show, “The Void,” about childhood imagination in a cruel reality. Andrew will attend Santa Monica City College a year before transferring to the University of Southern California.

Sang-Froid Follies is John’s second film performance. He played a man raking leaves (another non-speaking role) in his feature film Valley of the Heart’s Delight.

“The 2016 Cabernet Sauvignon is laced with the essence of inky dark fruit, chocolate, plum, espresso, licorice, and leather. Powerful, simple, and creamy, the 2016 is an attractive wine from this site in northern St. Helena.”

“The 2016 Cabernet Sauvignon is an estate wine that comes from a tiny 1.06 acre block located off Lodi Lane in St. Helena. Aged 22 months in 70% new French oak, it offers a thrilling bouquet of ripe blue fruits, green herbs, graphite, cedar pencil, and an almost Tapenade-like character. Beautifully complex, it hits the palate with full-bodied richness, notable freshness and purity, and building tannins, which give the wine a more tight, backward vibe. It’s a brilliant wine that needs 4-5 years of bottle age and will cruise for 15-20 years, possibly longer. This is the first time I’ve tasted a wine from this estate, but I am certainly impressed.”

“The deep garnet-purple colored 2016 Cabernet Sauvignon is scented of cassis, black plums, mocha, and licorice with chargrill and cigar box wafts. The palate is medium to full bodied, taut, muscular, grainy, and layered.”

Antonio Galloni, the founder of Vinous, a wine website with subscribers in 75 countries, was the lead critic at Robert Parker’s The Wine Advocate. Mr. Galloni tasted the debut vintage of Estate Grown 2015 Sang-Froid Cabernet Sauvignon in December 2017 and described his experience:


“This is the first wine I have tasted from Sang-Froid Vineyards. The site, formerly the James Johnson Vineyard, is located just off Lodi Lane in Northern St. Helena and was planted in 1989 with Grace Clone Cabernet. The 2015 Cabernet Sauvignon is plush, ripe and voluptuous, as wines from this sector of St. Helena tend to be. Super ripe dark cherry, blueberry jam, cloves, spice and mocha infuse this creamy, voluptuous wine. Full-bodied and voluptuous, with tremendous fruit intensity and tons of near medium-term appeal, the 2015 has much to offer. I can’t wait to see where this goes in coming years. Winemaker Keith Emerson did a terrific job with the 2015.”

Scale Definition - 90-95 Outstanding. A wine of remarkable personality and breed that is well worth seeking out.

Rating Scale: 90-95 Outstanding; wines of remarkable personality and breed well worth seeking out.

Sang-Froid Vineyards commenced the assessment and review process to receive a Napa Green designation awarded to agricultural operations that meet sustainable standards for the maintenance and protection of the environment including impact on the watershed, elimination of harmful pesticides and herbicides, and dedication to sustainable agricultural practices. 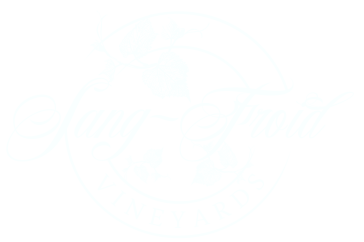 Sang-Froid Vineyards was originally titled “Sanglier” Vineyards. “Sanglier” is French for wild boar. Following the ordering of gate signage, Proprietaire Paula Murphy was enjoying a latte in Healdsburg, California, when she locked on a sign visible through the trees in across the park in which she and a friend were sitting: “Sanglier Wines.”

Proprietaire John Murphy, upon learning of the cheeky existence of Sanglier Wine, instantly employed a French-English dictionary to find a French word that contained as many letters of Sanglier as possible to salvage the signage order. Sang-froid took the prize with five: S-A-N-G-I.

Plenty of sang-froid was manifested.

Each bottle of Sang-Froid Estate Grown Whole Berry Cabernet Sauvignon is protected from cork taint with a Portocork. Portocork will refund full retail cost of each bottle should any of their patented corks fail. Portocork International, founded in 1977 in Santa Maria de Lamas, Portugal, has offices and production facilities in the United States and around the world. 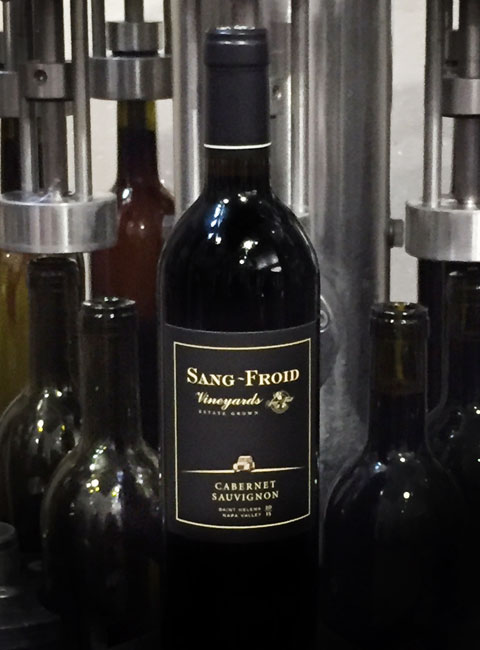 John D. Murphy and Paula L. Key, Ph.D., proprietors of Sang-Froid Vineyards, bottled their first estate grown Cabernet Sauvignon (2015), in 2017. John was a professor and higher education entrepreneur who helped establish, in 1989, one of the first accredited online degree programs in the nation. Paula is a founder and president of a financial planning group with offices in Old Town Napa and throughout California.

Paula and John are adventure travelers and hikers having visiting some 100 countries and six (John) out of the seven (Paula) continents. Celebrating their 27th wedding anniversary, they live surrounded by their limited production Cabernet Sauvignon vineyard with a poodle, Balzac (BZ), the Formosan Mountain dog, Rocky, and Paula’s 1969 Citroen 2CV that has a starring role on the Sang-Froid label.

John wrote and produced the award winning (Boston International and Worldfest Houston Film Festivals) feature film Valley of the Heart’s Delight the dramatization of political populism gone lethal in Northern California at the height of the Great Depression, starring Peter Postlethwaite, Gabriel Mann, Diana Scarwid, Tom Bower, Emily Harrison, and Bruce McGill. Recently completed stage and screen plays include Buttercup based on a Guy De Maupassant short story, and Though the Heavens Fall, an evidence-based fictionalization of the trial two men were denied at the populist hands of California Governor James Rolph in 1933.

Get Your Sang-Froid On!

Sang-Froid is French for “Cold-Blood.” Employed colloquially to capture the human condition, sang-froid is a synonym for someone who maintains composure, equanimity, self-possession, unflappability, or cool-headedness in the face of challenges by man or beast. 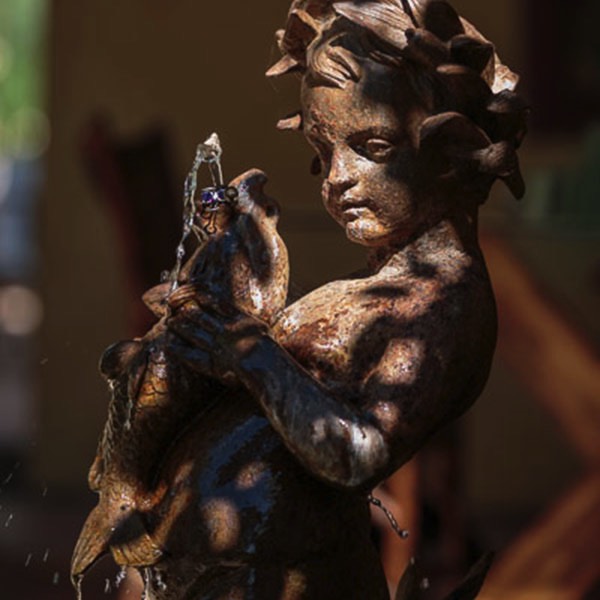 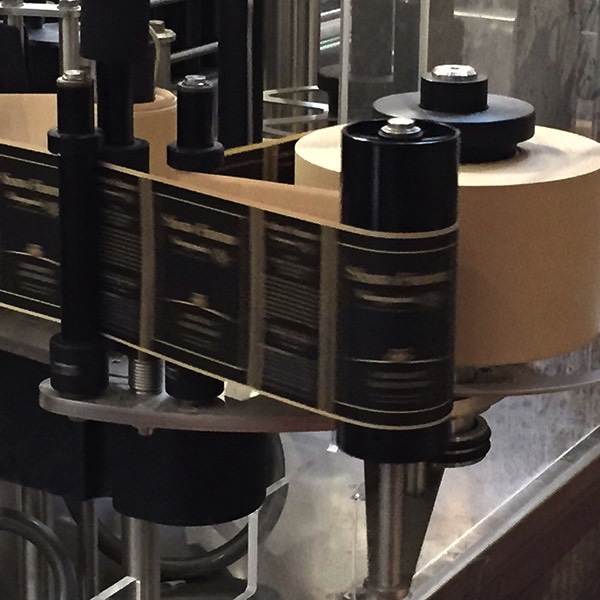 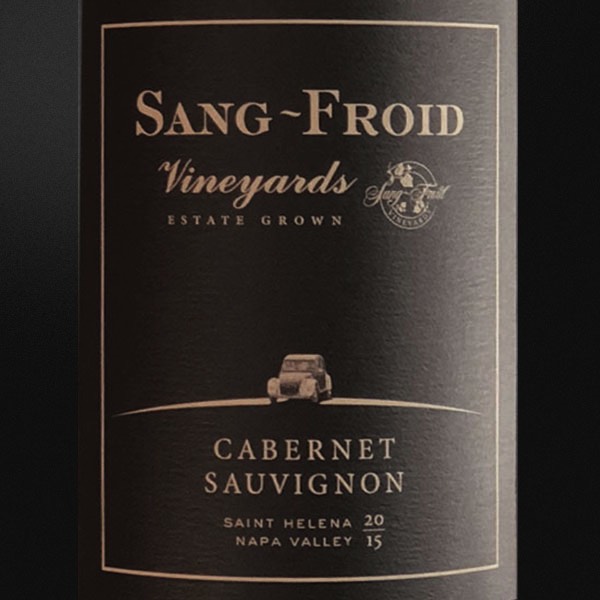 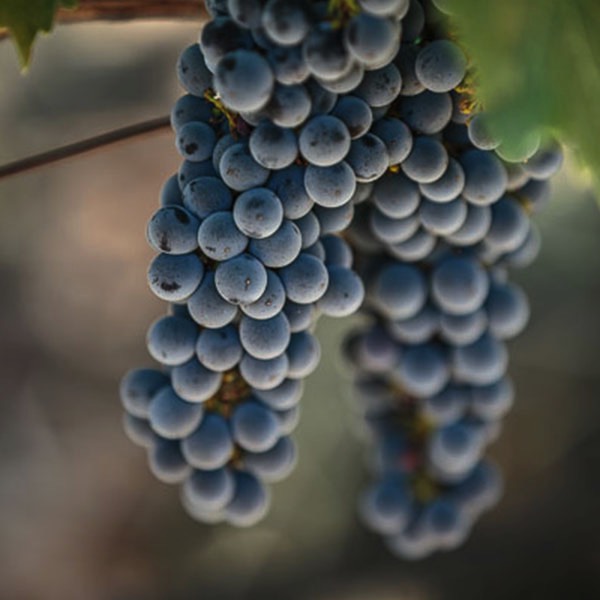 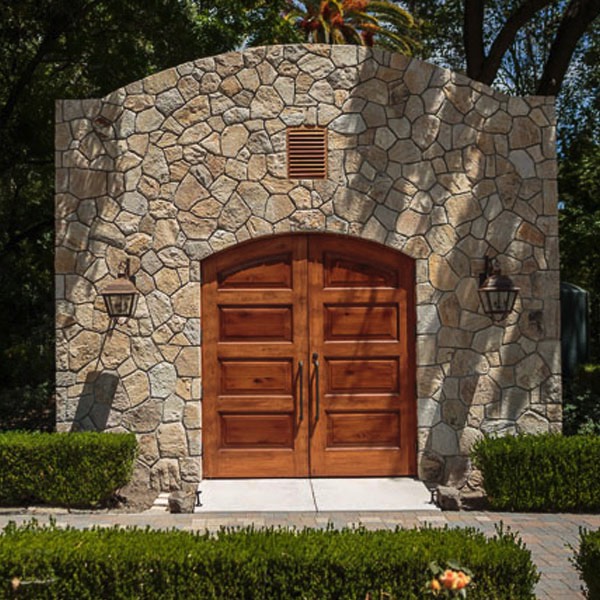 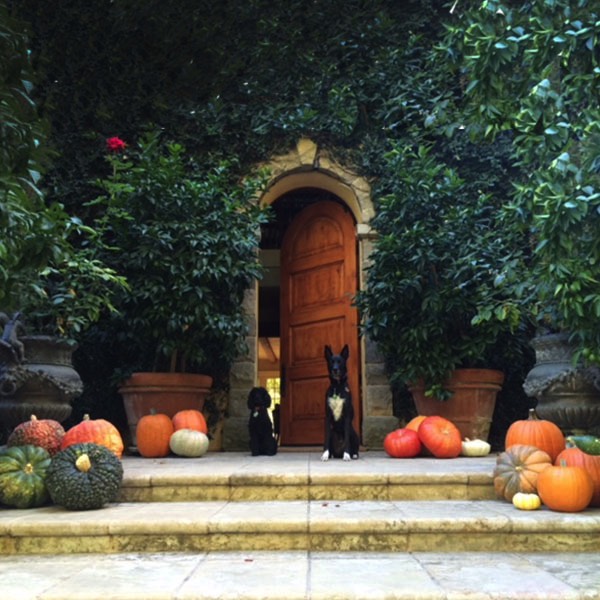 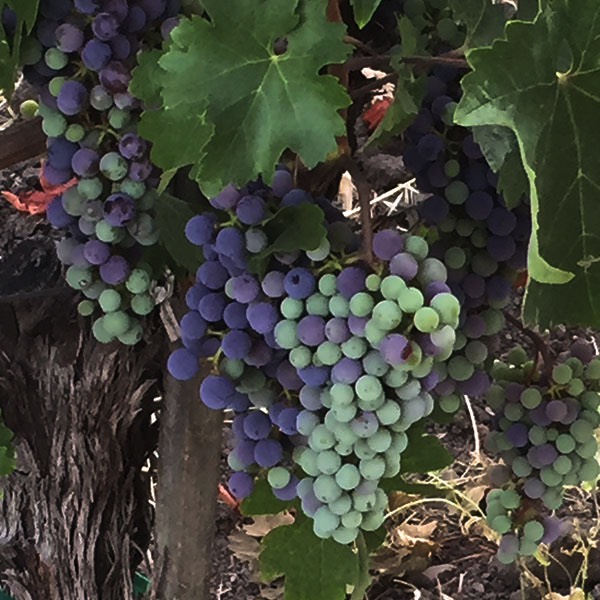 2015 and 2016 Cabernet tastings (including barrel tasting of 2017 if desired), and winery tours are by appointment cost $35.00 per person that may be applied to the purchase of two (2) bottles or more. Purchase of six (6) bottles or more is accompanied by a twenty (20) percent discount